The Star Wars Galaxy is full of cybercriminals that carry out data exfiltration, shadow IoT and Trojan attacks to take advantage of the Empire’s pitiful cybersecurity strategy. These are just some of the attacks and the important cybersecurity lessons that are still strong with the enterprise Force today.

The Millennium Falcon has played a role in some of the greatest victories of the Rebel Alliance and the New Republic. The ship and its crew carry out a textbook Trojan attack when they are caught in the Death Star’s tractor beam after discovering that the planet Alderaan has been destroyed. The Death Star locks in on the Millennium Falcon and pulls it into bay 327, thus allowing the Trojan horse inside the ship.

Although the Empire is initially cautious of what it has just beamed into the battle station – equivalent to downloading a corrupted link – the check performed fails to spot the hidden crew, causing unknown contamination. By the time Darth Vader finally spots the malicious attack and kills Obi-Wan, it’s too late. The tractor beam is disabled, the Millennium Falcon escapes with the Death Star blueprint and…”Great shot, kid! That was one in a million!”

A leader of the Galactic Senate’s Loyalist faction, Mon Mothma opposed Supreme Chancellor Palpatine’s policies during the final days of the Republic. Working in secret, she helped found the Rebel Alliance, and served as its civilian leader during the long struggle against the Empire.

“The Empire has made a critical error, and the time for our attack has come”, Mon Mothma announces to the Rebel Fleet.

The Rebel Plot on Endor is a breach on critical infrastructure at an Empire branch location. Over on the Rebel Fleet, Mon Mothma tells the Rebels about the construction and exact location of a second Death Star battle station. It’s protected by an energy shield generated by a remote imperial branch office on the forest moon of Endor. The rebels discovered that the branch office was relatively unprotected and launched an infiltration attempt.

In order to take out this second Death Star, the Rebels must send a small team to deactivate the shield by physically infiltrating the Empire’s defenses and taking out the main reactor in order to destroy the battle station entirely. They use a stolen Imperial shuttle, disguise it as a cargo ship and, with exfiltrated “secret imperial codes,” the strike team lands on the moon and deactivates the shield generator from within the Empire’s own network. Rebels breach the branch office of the Death Star in order to take down the Death Star’s shield. The Rebels take down the new battle station successfully. BOOM.

R2-D2 is a heroic, intelligent and spunky droid that serves many masters throughout his lifetime. He’s also a Shadow IoT Device that Exploits Critical Infrastructure Flaws of the Death Star. He Joins the Empire’s main Wi-Fi networks multiple times without IT’s knowledge. Not only is he able to plug himself into the battle station’s central computer and remain undetected, he is able to locate and exfiltrate specific information with little effort. He steals the list and exact location of prisoners he and the Rebels intend to rescue, specifically Princess Leia. Later on, when the heroes are trapped in the trash compactor, R2-D2 is once again able to effortlessly locate the data and controls he needs to disrupt the compactor and free his allies. There is nothing by way of security on the Imperial networks to stop him in his tracks.

The Empire should have an extra security system, one that is much more robust by design. Rethinking the approach to network security to include robust security policies for personal devices, ensure full visibility over the network, and use intelligent systems to detect and halt anomalous and potentially malicious communications will ensure organizations are always one step ahead of the threat posed by Shadow IoT devices.

These are just some of the vulnerabilities within the Empire’s network that the Rebels exploit. To better protect against Trojan attacks, incoming communications should be limited and controlled by more stringent security policies. In order to better stop data exfiltration threats, the Empire should ensure that all employees attend cybersecurity trainings and that a foundational solution is in place that protects against the widest range of attacks, particularly at the DNS level. To improve network visibility and prevent outside devices from accessing systems, data and select process controllers, Imperial network managers should implement more robust and intelligent systems and multifactor authentication solutions. May the fourth be with you! 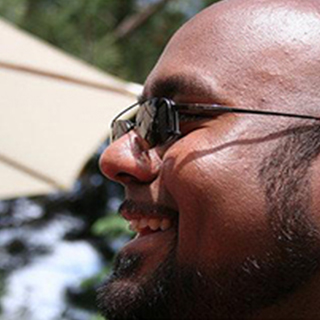 Sif is a Principal Sales Engineer at Infoblox where he provides technical expertise regarding Infoblox solutions with a focus on Network Automation and Cybersecurity. He has been with Infoblox for over 7 years, starting in the Professional Services org where he performed NetMRI deployments at many of the largest companies in the world. Outside of work, Sif can be found at the local hackerspace where he volunteers as a leading cybersecurity educator. Online he can be found @sifbaksh running the regex daily channel.