So just how much IPv6 traffic did World IPv6 Launch generate? It was evident in the run up to the June 6th deadline that IPv6 traffic levels were gradually increasing. Not surprising perhaps given that the event was most significantly a deadline to get webpages permanently online via IPv6 and that many organizations were accomplishing that goal early.

Network monitoring and security vendor Arbor Networks offers some visibility into the “Internet core” as it were, and, as they did with World IPv6 Day, issued a report on overall IPv6 traffic levels. 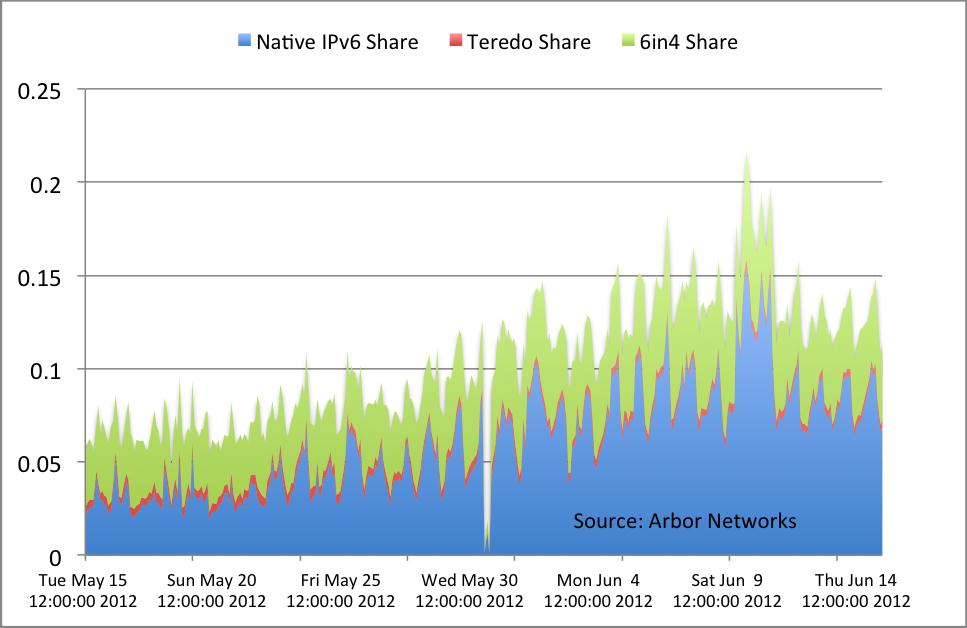 The report reveals that as a percentage of overall Internet traffic, IPv6 increased from 0.06% to around 0.15%! (Yes, my exclamation point is perhaps hyperbolic. But a doubling of IPv6 traffic should be, and is, a cause for celebration at the IPv6 CoE!).

Perhaps more significantly, the report relates an increase in POP email traffic from 0.01% to nearly 1% since June 6th! Is it safe to argue that when network and system admins are confident enough to put any manifestation of the email infrastructure at the mercy of a new address protocol that a sea change is occuring?

Of course, as we’ve emphasized here at the Infoblox IPv6 CoE, even if you missed the June 6th deadline, it’s not too late to “join the party!” Be sure to check out our live presentation where we amaze, entertain, and enlighten you on how to get your content online via IPv6.