BitRAT, first observed in late 2020, is a newcomer to the malware scene. Poor coding practices found within the malware signal inexperience from the developers, as large sections of the code appear to be copied and pasted from another trojan called TinyNuke, as well as from a variety of open source projects.2

Threat actors can purchase this malware on popular underground forums and have been observed distributing it via malicious XLS attachments in malspam.

The file then downloads and executes the payload from hxxp://maqboolimpex[.]co/a1/C3b[.]exe. The downloaded binary in this case is a .NET crypter containing BitRAT as its payload.

On execution, the binary establishes persistence via Windows Task Scheduler, and proceeds to initiate communication with its command and control (C&C). Once it establishes C&C communication, BitRAT begins its post-infection activity.

Malspam email campaigns are a common distribution method for malware. Infoblox therefore recommends the following precautions to reduce the possibility of infection: 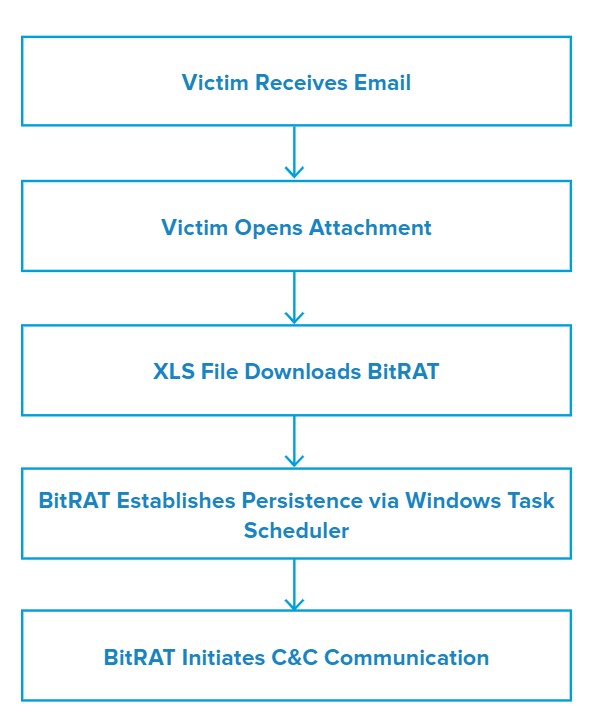