With so many companies working to ensure that their engineering workforces achieve gender balance, Infoblox is honored that one of our own was chosen to speak at the Grace Hopper Celebration of Women in Computing, which took place October 14-16 in Houston. Infoblox Director of Research Dr. Sandhya Narayan spoke about visualization-based analytics in the context of network security.

One of the industry’s premier events for women and the world’s largest gathering of women technologists, the conference was produced by the Anita Borg Institute in partnership with the Association for Computing Machinery (ACM). This year’s event hit its capacity of 12,000 attendees. Grace Hopper of course, was one of the first programmers of the Harvard Mark I computer in 1944, and invented the first compiler for a programming language; her work also helped pave the way for the development of COBOL. Anita Borg was a researcher for both DEC and Xerox PARC whose achievements included pioneering e-mail systems and advances in high-speed memory systems.

The goal of the conference is to showcase the ongoing contributions women make in technology, and to create and promote inclusive cultures that welcome women in organizations. Dr. Narayan spoke on the potential for using open-source Tapestry , developed at Infoblox, for visibility into network endpoint interactions, and how using DNS response as an indicator of network activity might aid such analysis.

Other technical sessions focused on data science, security and privacy, software engineering, product development, Internet of Things, and open source technology, according to Dr. Narayan, with attendees showing a lot of interest in the data science track.

We’re delighted that Infoblox could be involved in such a significant way with such an important and worthwhile industry event. 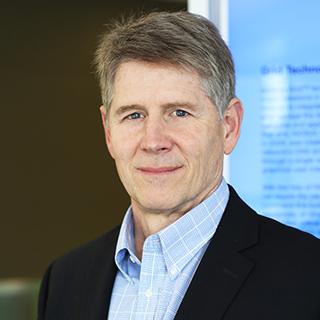 Alan is Executive Vice President of Engineering and Manufacturing Operation and Chief Technology Officer. In this role, Alan is responsible for driving Infoblox’s technology strategy and executing the company’s technology innovations. Before joining Infoblox, he was CTO and SVP of Engineering at Zenoss, a leading provider of IT monitoring and analytics software. Prior to that, he was CTO of Cisco’s Network Management Technology Group. A seasoned Silicon Valley executive with more than 25 years of experience and knowledge of many IT domains, he holds a BS in mechanical engineering from the University of California, Davis.