As enterprises have become more reliant on technology, system downtime has evolved from an annoyance to something that can singlehandedly diminish productivity. There’s nothing worse than seeing the IT department scrambling while every other employee is forced to sit idle.

As if that weren’t bad enough, the cost of downtime is becoming outrageous. Research firm Gartner calculated the average downtime cost at $336,000 per hour, with potential spikes up to $540,000 per hour. The Ponemon Institute, a security consulting firm, pegged similar numbers: $474,000 per hour. In February of 2015, research firm Infonetics calculated, based on a survey of 205 medium and large business in North America who’d suffered from downtime, that downtime can cost up to $100 million per year.

That’s why Infoblox is so proud that we have customers who say we help them avoid downtime. Take Adobe Systems, the venerable Silicon Valley pioneer behind creative graphics tools and productivity applications. It has more than 1,100 external domains, many of which are key to its business. As a result, efficient management of DNS, DHCP, and IP addresses (DDI) is crucial to both the company’s reputation and its success.

Before Adobe switched to the Infoblox DDI solution, its engineers suffered through many sleepless nights. When Brent Hetherwick joined Adobe as technical lead, the company was running a legacy system that caused a patching-related outage which took 24 hours to resolve. “I was called in the middle of the night almost every week,” Hetherwicks says. He had used Infoblox in a previous job, and designed a new DDI infrastructure for Adobe based on the Infoblox DDI solution.

“Infoblox has given us a very, very solid platform,” says Simran Sandhu, Adobe manager of global infrastructure. “It works very reliably with little maintenance. And when there have been issues, the response from Infoblox support teams has been very positive.

Adobe Systems is also a customer of Infoblox’s latest Machine Readable Threat Intelligence service, through our acquisition earlier this year of IID (www.infoblox.com/iid). The acquisition enables us to provide the world’s first enterprise-grade DDI platform that combines contextual network data with federated threat intelligence and a dedicated threat research team to deliver context-aware threat mitigation using infrastructure that customers already have in place. Today, many organizations are mired in confusion when it comes to securing their networks and broader IT infrastructure. The combined solution greatly improves operational viability, allowing network and security teams to easily prioritize threat response at scale, based on enterprise context and risk. Infoblox enables our customers to go beyond protecting on-premise devices to also protect company managed devices that are off-premise. These are much-needed capabilities as organizations become more connected, mobile and global. 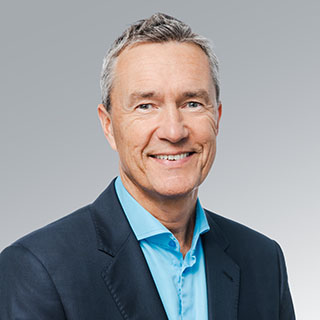 Member of the Board of Directors

Andersen is a seasoned networking and software industry executive with a track record of building large businesses at Cisco Systems, Oracle and other technology companies. Prior to Infoblox, Andersen served as a Senior Vice President for network management where he managed over 1,000 employees and was responsible for the development of integrated network management and analysis solutions. He was also Senior Vice President and General Manager of Cisco’s service provider video business unit. Andersen helped transform the business from a focus on traditional set-top boxes and cable access to the new world of streaming online video. Under Andersen’s leadership, the company acquired NDS, a leading provider of video software solutions.