All over the world, consumers have come to think of the Internet as a utility, no less ubiquitous and available than electricity or water. They expect the Internet to be there whenever they turn on their computer or pick up their smartphone. They only notice when it’s not there – and when that happens, service providers can expect to hear about it.

Cable & Wireless Panama, a division of the U.K.’s Cable & Wireless Communications plc, was no exception. “In one of our provinces we had been having complaints about how long it took pages to load,” says Hugo Aquino, vice president of customer support for Cable & Wireless Panama. That’s what prompted the service provider to turn to Infoblox. The result, says Aquino: “Those complaints dropped by half because we put an Infoblox box close to the province.”

The service provider delivers mobile, fixed line, broadband and pay TV services in Panama. It had previously installed a legacy solution using technology from other vendors for its wireless division, but over a period of a month, several distributed denial of service (DDoS) attacks originating in Asia had taken down the customer-facing network for 20 minutes to an hour at a time, dropping customer experience below acceptable levels. The complaints poured in.

That’s when Cable & Wireless Panama called Infoblox, deploying an Infoblox Grid™ architecture consisting of nine security-hardened appliances including Infoblox DNS Firewall and Infoblox Advanced DNS Protection. The Infoblox solution put a quick stop to customer complaints about outages in the wireline network—but that network’s mobile counterpart, which was running BIND on Solaris hardware, began to experience the same kind of outages. Technicians from the mobile group raised the alarm that their BIND servers and firewalls weren’t stopping the attacks, and asked if it was possible to integrate all of the traffic from mobile—which accounts for 80 percent of the service provider’s total traffic—onto the Infoblox platform.

Cable & Wireless Panama is now able to quickly resolve incidents, has better protection from DNS-based attacks, and is experiencing both more uptime and fewer complaints. They also plan to deploy Infoblox Reporting and Analytics to learn more about the number and type of attacks hitting their network.

Aquino is satisfied on multiple counts. “We didn’t even have to acquire any new appliances. We used the ones we already had on the wireline network to handle both [mobile and wireline] workloads. This has worked for us, and believe me, the solution has been fault tolerant. Service incidents from DDoS attacks have been cut in half, and customer complaints about lengthy page load times have been significantly reduced. The Infoblox solution helped us achieve our goal of being number one in customer satisfaction.” 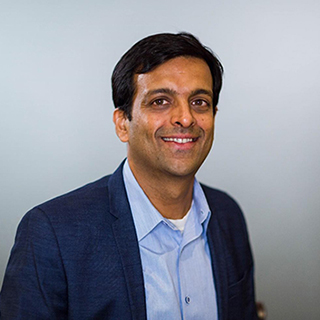 Dilip Pillaipakam is Vice President and GM of the Communication Service Provider Business at Infoblox. Previously, he held several influential positions at Juniper Networks and Mavenir Systems. Dilip has over 20 years of industry experience and holds an MBA from the Ross School of Business at the University of Michigan, and an Electrical Engineering Degree from Bangalore University, India. In his spare time, Dilip enjoys learning about ancient civilizations and is an ardent fan of college football.