Home / Community / ActiveTrust Anywhere: Protecting Networks and Devices On and Off Premises

ActiveTrust Anywhere: Protecting Networks and Devices On and Off Premises

The ubiquity – and convenience – of mobile devices and the increasing incidence of cybercrime is causing security challenges for most companies that are experiencing diminishing control over where and when employees use their devices. In an ideal situation, a company could implement enterprise security policies and content categorization that always apply – independent of user actions. That’s what we do at Infoblox. Our approach is to protect devices anywhere – on premises, roaming, or in remote or branch offices – without requiring any user authentication or action.

So, what’s going on that’s allowing more malware to get through enterprise defenses? Cybercriminals are always evolving their methods to get around traditional security measures. For example, enterprise security architectures are typically standardized around web proxies and next-generation firewalls. Attackers have worked around these traditional defenses, using DNS to sneak in. In fact, over 91% of malware attacks use DNS (per Cisco 2016 Annual Security Report) in the kill chain.

Although DNS was used initially as the control plane for Command and Control (C&C) servers, more and more hackers are using it as a data plane for payload acquisition or data exfiltration. They also are using DNS as a way to evade classical detection with methods like fast flux or DGA (domain generation algorithms).

The implication is that infected end hosts may never issue a web request to the web proxy, which makes proxies useless in protecting the end host. In particular, these approaches have been very effective in targeting point of sales systems (PoS) to load malware and exfiltrate data.

Standard solutions are reactive and deliver protection very late in the chain. To deal with increasingly sophisticated malware, it is much more effective for enterprises to adopt a proactive approach and mitigate attacks at the very first step in the kill chain – DNS.

DNS at the Center of the Storm

A lot of organizations mistakenly believe that they are protected “by design” with internal DNS roots (as I explain in a previous blog) with SaaS, DNS relying only on reputational protection or because the normal process for an end host is to use a web proxy.

Unfortunately, this is not the case, as most major threats use DNS. Infoblox provides a useful tool, Data Exfiltration Demo Portal, to help you evaluate if your organization might be vulnerable to attack, including the following:

We have also observed increasing usage of:

Infoblox’s approach is to protect devices no matter where they are being used – on premises, roaming, or in remote or branch offices without requiring any user authentication or action.

To deliver protection anywhere, the Infoblox ActiveTrust solution can be deployed in multiple ways, including on premises and off premises. On-premises, you can use Infoblox NIOS appliances to protect and identify the infected end host. Also, a complementary container or VM (DNS forwarding proxy) can be deployed to forward internal DNS queries to your existing internal DNS architecture and all other DNS queries to Infoblox ActiveTrust Cloud.

Off-premises, you can leverage ActiveTrust Endpoint to protect devices. A Windows and MacOS client agent can be deployed using SCCM or McAfee ePO.

ActiveTrust leverages threat intelligence and advanced machine learning that can be configured to protect your organization, enforcing its custom policy of log, block or redirect. The solution provides:

For your on-premises network infrastructure, visibility is provided up to the end host IP, even with complex, multilayer DNS architecture. And for devices that are off premises, ActiveTrust Endpoint sends device name and MAC address with each DNS request. In addition, the solution’s Cloud Service Portal provides a single pane of glass for all security events.

Because Active Trust traces the end host IP or device name and MAC address on and off premises, response action can be taken by third-party security solutions, including:

The image below illustrates the breadth and coverage of Infoblox Partner Ecosystem.

A Comprehensive Approach to DNS Security

Traditional approaches to security are no longer effective, requiring companies to rethink their enterprise security architectures. One very effective place to start is with a DNS security solution that covers you both on-prem and off. Infoblox makes it easy with Active Trust, which integrates with your existing security solutions and shares threat intelligence – strengthening your overall security posture. 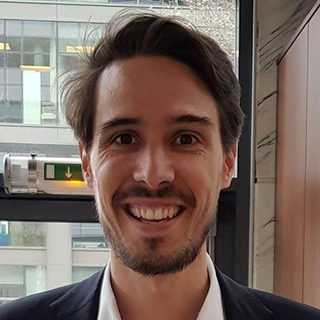 Nicolas Jeanselme is a DNS security & data analytics expert. He has joint Infoblox in 2011 and is Principal Systems Engineer in charge of Defense & Industry major accounts in France. He uses his extensive security market knowledge to help his customers to get the best of their solutions via advanced integrations.